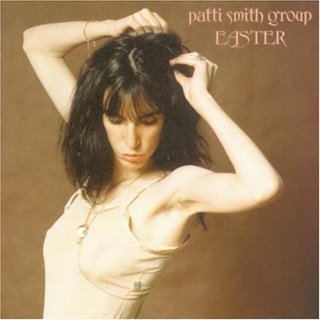 Had one of my best birthdays ever yesterday - not bad for 9/11.

Began by sending the following reflection on 9/11 to Radio 5 Breakfast:

"I was celebrating birth on that day of death. It was my 38th birthday.

My friends at work had taken me out for lunch. We returned to our office to be confronted with the difficult to comprehend scenes of burning buildings and colliding planes. When the first tower collapsed a terrible reality started to kick in.

I remember particularly the presents I was given that innocent lunchtime before we returned to those tv pictures. Peter Ackroyd's book 'London' about a city I love. And Bob Dylan's album that had just come out that day 'Love and Theft' which represnted the opposite of death and terrorism - music, man's art and creativity."

Shortly after N + D presented me with a hand-drawn Spitfire birthday card.

And out into the Indian summer weather, close to 30 degrees.

Picnic lunch with James and Jonathan in Green Park, chatting in the dappled shade.

Then after work The Surprise. I met U at the NFT as instructed, after a pleasant evening stroll along the south bank. She brought me up to the Queen Elizabeth Hall. In the newly redesigned foyer I bumped into Jane Quinn who is working on the Jude Kelly, artistic director of the South Bank Centre. I still didn't know what I was seeing. That was revealed by Tracy Josephs of FilmFour who told me to get into the Patti Smith vibe.

Patti Smith came on to a stage decorated with sofas upon which sat guitars illuminated by an old-style living room light. Dressed in her habitual black with white shirt she was joined by pianist/bassist Tony Something, Italian cellist Gionvanni S and guitarist Jason Cross. She performed a selection of songs to celebrate the life of Robert Mapplethorpe. It was his dirty sexy portrayl of her hairy armpited figure on Easter which first drew my teenage attention to her. The first half of the set included a trial run of a new singalong about Guantanamo Bay (!) Without Chains - she says she knows nothing about politics, just about humanity - and a lullaby she wrote with Fred Sonic Smith for their son Jackson which got U crying as Fred had directed at the recording session at which Mapplethorpe was present. The stories between songs were engaging and she projected her usual charisma with her fabulous NYC accent. The whole thing was recorded. Part 2 was a ebbing and flowing performance of a poem The Coral Sea with Kevin Shields on geetar. A special performance for a special day.

30 years after CBGBs Patti Smith still has compelling stuff to say and an inspirational presence rare these itunes days.