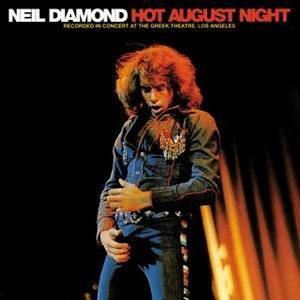 This whole blog stems from considerations of inheritance - Simple Pleasures part 1 summarised it thus: “This blog is inspired by a sermon I heard a couple of years ago which quoted a ‘will’ left by a father for his children which was not his ‘money will’ but his ‘wisdom will’ (I can’t remember the exact terminology that was used but you get the idea) - it was his attempt to pass on some of the more useful things he’d learnt in his lifetime about what really matters and about the way people are. I’ve come to the conclusion over my forty-one years so far on the planet that Happiness is to be found primarily in the Simple Pleasures of life so I’ve decided to put some of those pleasures here for my boys to read when they’re a bit older and anyone else who cares to. And one day soon N and D can start adding their own…”

This morning I was listening to Saturday Live on Radio 4 and as always when I catch it looking forward to the Inheritance Track section (today it was Marianne Faithfull's). Now I'm as much a sucker for parlour games as the next man, especially ones to do with music, and this is a premiere league one. It works thus: The person in question choses a track which they have inherited from their parents and one which they would like to pass on to their children. Simple but sweet.

It relates very closely to an audio project I began several years ago which I'm planning to resume very shortly online (it pretty much predates the web!) - it's called Songlines. More to follow on that soon.

So I kicked off a little convo about inheritance tracks on the Donald Byrd post just before this one, and am resuming it back here in a post of its own.

I'm divided on my Inherited Track between 'Everything's Alright' from 'Jesus Christ Superstar' and 'Soolaimon' by Neil Diamond from 'Hot August Night' - not too cool, not too sexy - but that's not what it's about.

When I was a young teenager I spent hours at a time in our dining room colouring these huge, complex poster-size pictures on the table whilst listening to my mum's copy of the Jesus Christ Superstar stageshow soundtrack - a really dodgy old copy with a lit red candle on the slightly textured cover. Hours of good clean, godly fun. Simple pleasures.

The 1973 movie of JC Superstar directed by Norman Jewison really struck me when I saw it - almost converted me! A bunch of hippies arrive in a bus in the middle of the Israeli desert, set up some modern scenary, get into some modern-style costumes and start singing their way through one of the greatest stories ever told... Between that and Jeffrey Hunter in 1961's King of Kings and I'm a sucker for Pre-raphaelite Jesuses.

But I think I'll opt for the Neil Diamond song which comes from the 8-track in my step-dad Maurice's car. I loved the cover - some long-haired hippy in a denim jacket clutching his groin to squeeze the full power of his cahones [a technical music term from Carlos Santana] into his singing. Little did I know it was a clean-cut Jewish Brill Building songsmith (aka Noah Kaminsky) in disguise. Looking back at it it was the gospel-intensity passion of his voice that struck a chord with me.

From this live version of Soolaimon I can see a path to a spine of spiritual songs running through the music I love from Dylan to Van to (the greatest living performer) Bruce Springsteen to Marvin Gaye to Coltrane.

Which leads my nicely to my Bequest Track: Miles Davis' 'Flamenco Sketches' from 'Kind of Blue' (which of course features Trane). Why pass it on? Because it's a transcendent piece of music that takes you to a very peaceful place.

I can number the totally transcendent musical experiences I've had on the fingers of one hand - that is, experiences of listening to recorded music (I'm not venturing into the realm of live music here) where it has taken me to Another Place. The tracks include:
* Love theme from Spartacus by Bill Evans (also on Flamenco Sketches - I was in Buckley Road, Kilburn at the time, pretty much outside the house of David Baddiel who introduced me to Kind of Blue in King's College, Cambridge)
* Hyperballad by Bjork (Junction Road, Archway)
* Into the Fire by Bruce Springsteen (Boscastle Road, Parliament Hill)
and, of course,
* Flamenco Sketches (on the road back from Ayot St Lawrence, near St Albans - coming home from George Bernard Shaw's house)

I'm not sure what GBS had to say about music beyond his definition of Dancing as "the vertical expression of a horizontal desire legalized by music."

Neil Diamond has been quite snappy on the subject: "Songs are life in 80 words or less."

But I'll leave the final word to Miles as it chimes in perfectly with the tenor of this blog: "My future starts when I wake up every morning... Every day I find something creative to do with my life."
Posted by ArkAngel at 11/17/2007 09:46:00 pm

Sooooo. I am inheriting 'Bess you is my woman now' from Miles's 'Porgy and and Bess'. And what to leave? I think I will leave Pharaoh Sanders's 'You've Gotta Have Freedom' for my two daughters. For the music and the sentiment.

So on order from ChateauPP.fr is:
'Traction'
'Fancy Free'
'You've Gotta Have Freedom'
;-)